Back to all posts

GETTING OUT OF YOUR OWN WAY!

I'm approaching a landmark birthday which has helped me realize a few important things lately... 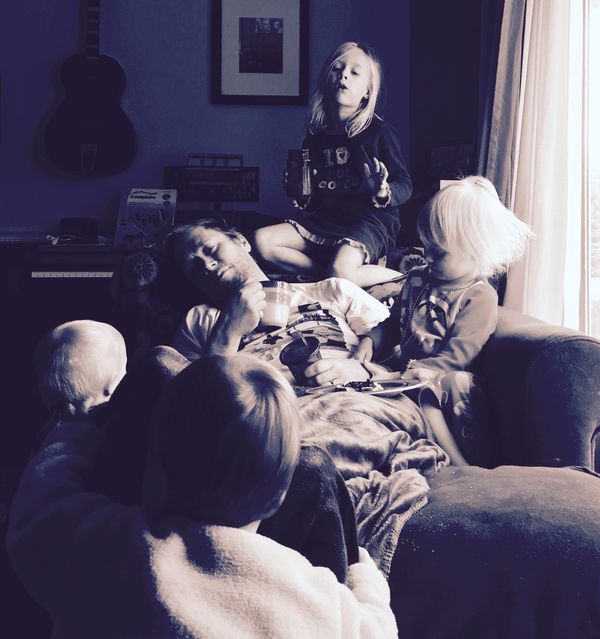 There's no such thing as perfection.
Perfection is a mirage that will always leave you thirsty, or at the very least, unproductive.

It’s a mirage I’ve chased for most of my life—always just out of reach. I am done looking for it. Instead I am going to put a stake in the ground right where I am today. No more editing and tweaking myself into oblivion. Done.

The only thing stopping me from doing what I want to do is me.
I have helped others realize their dreams by producing and releasing their work, but I can never seem to get around to my own stuff.

Why? Fear of failure? Fear of success? Fear of rejection? I'm not sure where any of that came from--but it’s real.

“The only thing stopping you from doing what you want to do, is you.”

I want the next chapter of my life to be defined by doing instead of dreaming. I'm tired of watching other people with skin in the game and dirt on their face, people who are in the arena while I sit at Starbucks writing little notes or to-do lists that usually amount to nothing.

Starbucks is not the arena, just so you know. It's a coffee shop.

It's a coffee shop where I've spent way too much money and I should probably be done with that too, but I'm not ready to make that kind of commitment--that's way too huge.

No more hoarding songs on hard drives. I'm ready enough to get in the game.

What do you need to start doing?
What’s stopping you?

Okay, so here’s my plan. Maybe it will help you too…

3 WAYS TO GET OUT OF YOUR OWN WAY!

1. Change from a To-Do list to a DO-list.
Instead of making a list of all the things you want to accomplish, do ONE thing.
For me, it’s putting a song out there for the world. On April 11th “Knocking ‘em’ dead” goes live on iTunes!

What is it for you?

2. Stop chasing the mirage of perfection and get over yourself!
I wrote “Knocking ‘em’ dead” in 2014 after reading a great book called START by Jon Acuff. START got me fired up and I started creating immediately. I quickly finished a song! I even mixed it. Unexplicably, I didn’t release it.

Why? I was busy. I got a promotion at work and, not a small detail, my wife and I welcomed twins who joined our two daughters making us the parents of four kids under five-years old. On top of the reality of my new family life, I had a lot of details to figure out –like my password to BMI, how to copyright my songs, you get it.

Bottom line, I was AFRAID! Truth is, I didn’t recognize that.

Who in your life can help you say –it’s good enough?

3. Do it. Then do it AGAIN!
This is the step I'm about to take whether it works or not.

Over the next few weeks or so I am going to release three random songs, but they're DONE! They're not perfect. You might be saying, “Excuses, excuses.”  No excuses. This is me learning to get over myself, to get out of my own way. Music was never meant to be perfect anyway.

Now you go do whatever it is you were born to do.

Hopefully this inspires you to take a step.
I would love to hear from you if any of this resonates with you. 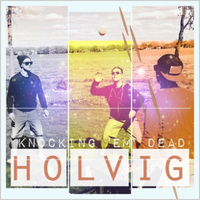 Leading up to this impending release there were several things that threatened to stop me in my tracks. For example, I really wanted an actual graphic designer to do the cover art, possibly a logo. Quickly I realized that every second I didn’t act, I would drift back into hiding –so I decided to plow forward. Designed my own cover artwork on my iPhone with a pic of me playing SPIKE BALL with my bros.

Do me a favor. Check out the song when it hits the world wide web tomorrow and PLEASE let me know what you think.
If you don’t like the song, that’s okay.

By then I’ll officially be out of my own way and that’s enough for me.